After the module, students will be able to:

A food is defined as "any substance - whether processed, semi-processed, or raw - that is intended for human consumption, and includes drinks, chewing gum, food additives, and dietary supplements. Substances used only as drugs, tobacco products, and cosmetics (such as lip-care products) that may be ingested are not included" (Boyce et al., 2010, p. S8).

A food allergy is defined as "an abnormal response to a food, triggered by the body's immune system" or "an adverse health effect arising from a specific immune response that occurs reproducibly on exposure to a given food" (Boyce et al., 2010, p. S8).

An allergic response is defined as "a reproducible adverse reaction to a substance mediated by an immunological response. The substances provoking the reaction may have been ingested, injected, inhaled, or merely have come into contact with the skin or mucous membranes" (David, 2000, p. 34).

Food intolerances are defined as non-immunologic adverse reactions to foods.

For example, lactose intolerant individuals cannot tolerate milk due to the inability to digest the sugar lactose. While milk protein is considered an allergen that triggers an adverse immunologic reaction, the inability to digest lactose leads to "excess fluid production in the gastrointestinal (GI) tracts, resulting in abdominal pain and diarrhea" (Boyce et al., 2010, p. S9).

Food intolerance is often caused by an enzyme defect.

IgE is released from plasma cells in the mucosa of the gastrointestinal tract, respiratory tract, and tonsils when the immune system overreacts to an allergen, triggering the release of histamine and inflammatory responses (Marieb & Hoehn, 2010).

For more information about adverse reactions to food, see Module 2.

Food Allergy Research and Education (FARE), is an organization "dedicated to food allergy research and education with the mission of ensuring the safety and inclusion of individuals with food allergies while relentlessly seeking a cure" (FARE, 2014).

Types and prevalence of food allergies in the United States

The estimated prevalence of allergies among the U.S. population (Boyce et al., 2010):

According to research conducted at a university referral hospital, most infants who had a milk allergy developed this condition before their first birthday, and about 80% of them developed tolerance before they were five years old. Of these children with milk allergies, nearly 35% of them had other food allergies (Boyce et al., 2010).

From 2004 to 2006, children 18 years of age and younger represented approximately 9,500 hospital discharges per year from a diagnosis related to a food allergy (Branum, 2008). 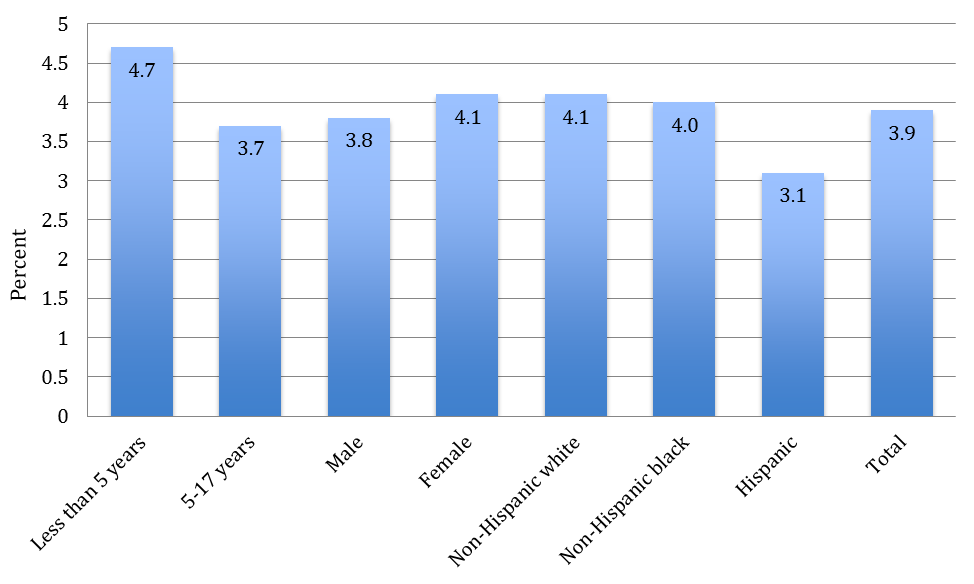 Figure 1.1. Percentage of children under 18 years of age who reported a food or digestive allergy in the past 12 months, by age, sex, race and ethnic group in the United States, 2007. Adapted from "Food allergy among U.S. children: Trends in prevalence and hospitalizations," by A. M. Branum, and S. L. Lukacs, 2008, HCHS Data Brief, 10, p.1. Copyright 2008 by the U.S. Department of Health & Human Services.

The majority of studies have focused on the most common food allergens, even though more than 170 foods have been reported to cause IgE-mediated reactions (Boyce et al., 2010).

Uncommon allergens include the following (FARE, 2014):

Types and prevalence of food allergies in foreign countries

For many individuals, food allergies depend on their geographical location and tend to be staple foods eaten on a regular basis rather than foods eaten sporadically.

Common allergens in other countries and regions (Baumert, 2012): 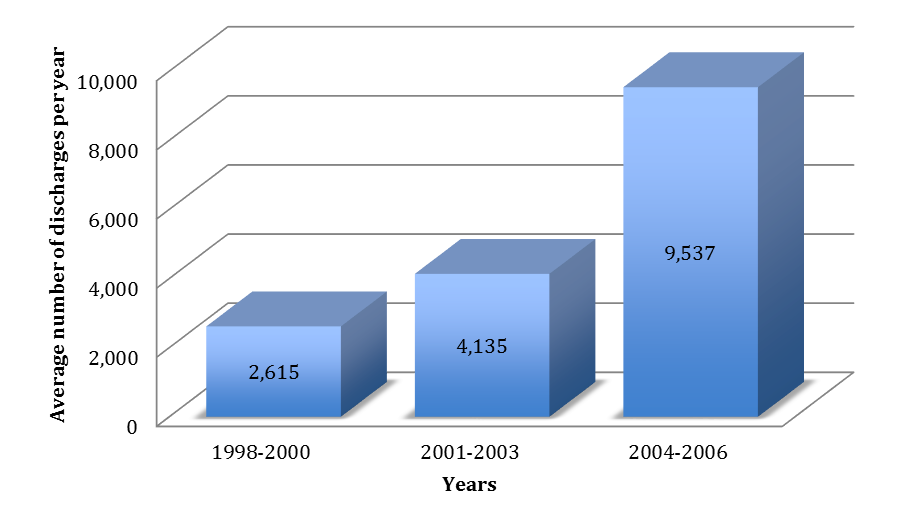 Figure 1.2. Percentage of children under 18 years of age who reported a food or digestive allergy in the past 12 months, by age, sex, race and ethnic group in the United States, 1998-2006. Adapted from "Food Allergy Among U.S. Children: Trends in Prevalence and Hospitalizations," by A. M. Branum, and S. L. Lukacs, 2008. Copyright 2008 by the U.S. Department of Health and Human Services, Centers for Disease Control and Prevention, National Center for Health Statistics.

Between 2001 and 2006, 31 fatalities due to food-induced anaphylaxis occurred. Eight of these fatalities occurred in restaurants. (Bock et al., 2007)

Includes controversial viewpoints about provisions for children with food allergies in schools.

Hypotheses for an apparent increase in food allergy prevalence:

Branum, A. M., & Lukacs, S. (2008). Food allergy among US children: Trends in prevalence and hospitalizations. US Department of Health and Human Services, Centers for Disease Control and Prevention, National Center for Health Statistics.

Food Allergy Research and Education. (2014). Food allergy facts and statistics for the U.S. Retrieved from http://www.foodallergy.org/facts-and-stats

U.S. Food and Drug Administration. (2012). Food allergies: What you need to know. Retrieved from http://www.fda.gov/downloads/Food/ResourcesForYou/Consumers/UCM220117.pdf